The first handheld digital microphone for Android and PC 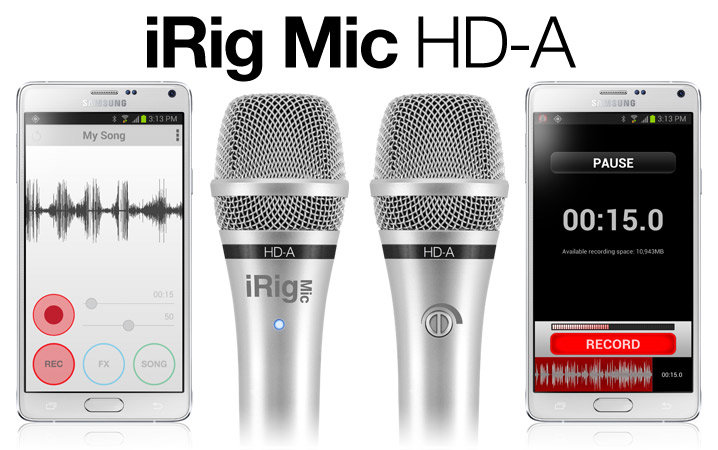 iRig Mic HD-A is the first affordable high-quality handheld digital condenser microphone for Android. Now singers, musicians, journalists, videographers, podcasters and more can enjoy high definition digital audio while on the go. Talk about versatile: You can connect it directly to your Android device or PC! How's that for convenience?

But versatility is just one of iRig Mic HD-A’s many attributes. iRig Mic HD-A sports a 24-bit audiophile-grade A/D converter, a 44.1/48 kHz sampling rate and a low-noise/high-definition pre-amp.

You can count on iRig Mic HD-A to give you high quality results, anytime and anywhere. It can handle the most demanding professional needs in the field or in the studio and is comparable in quality to what you'd get in a mic that costs three times as much. iRig Mic HD-A features a sturdy metal body construction and an ergonomic handheld form factor that allows for hours of comfortable recording and performance. It can also be mounted on a standard mic stand using the included clip.

And with iRig Mic HD-A you'll be able to record right out of the box thanks to its generous assortment of free apps and software — the largest collection included with any portable microphone. You get superior vocal processors, tools for field recording, guitar and bass effects (try them on your vocal recordings for a sound you'll never forget) and a whole lot more.

Sure, there are many other mics out there, but none can match the powerful combination of high-definition sound, multiplatform compatibility, versatility and "bang for your buck" price that you get with iRig Mic HD-A. From that point on your audio never leaves the digital realm, as it's sent to your mobile device or computer. This might sound overly technical, so let's make it simple: The result is an extremely accurate recording, with no added noise, and no sonic degradation. iRig Mic HD-A's sound quality is so good that you can even use it for 48 kHz high-resolution recording projects.

Universal compatibility with both Android and PC The secret to iRig Mic HD-A’s broad compatibility is its selection of included detachable cables.

The mic comes with a OTG connector cable and a USB cable. This covers you for the latest generation of Android devices, and it also gives you the flexibility to connect directly to your PC. iRig Mic HD-A comes with a full suite of apps that let you start processing and editing vocals (or any other audio source) straight out of the box: EZ Voice FREE for Android*, a vocal effects processing and recording app. iRig Recorder FREE for Android*, a professional field recording and audio processing app. AmpliTube FREE for Samsung Pro Audio*, a professional guitar & bass multi-effects app for Android on Samsung Professional Audio devices. iRig Mic HD-A also comes with the free version of AmpliTube and T-RackS for Mac and PC plus many other powerful IK apps. No other microphone comes with such a wide variety of useful apps and software, and that means you'll spend more time doing what you love: performing and recording music.

*Downloadable from the Google Play or Samsung Galaxy Apps Store.

With iRig Mic HD-A now anyone can now afford a professional-quality handheld digital condenser microphone for recording and performing on the go.

Whether you’re a seasoned pro looking for just the right controller when you’re on the go or you’re looking to get started with the right mini USB MIDI controller, the Keystation Mini 32 MK3 is for you! It’s a simple, powerful MIDI controller designed for sequencing music and playing virtual instruments on your Mac or PC. Keystation Mini 32 MK3 features 32 natural-feeling mini-size velocity-sensitive keys and comprehensive controls that expand the range of playable notes and enhance your expressive possibilities. 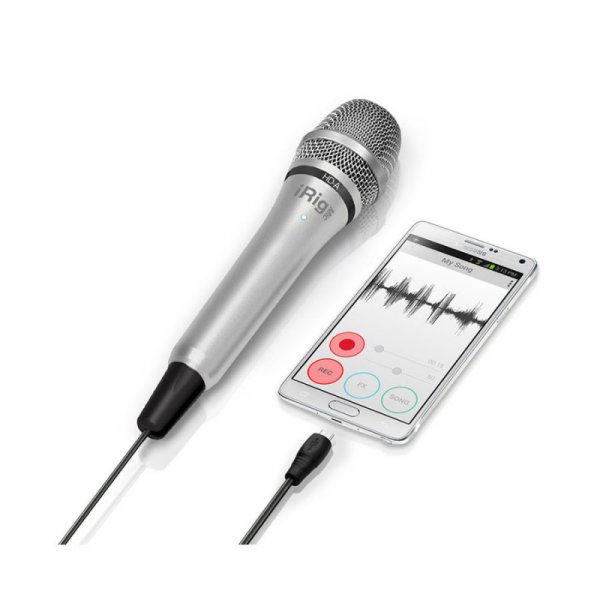